What happens to nutrients when stubbles burn?

Most of the nitrogen (N) and carbon (C) contained in crop stubbles is lost when they are burnt. Around 100 kg/ha of urea could be needed to replace the N lost from burning stubble from a high yielding wheat paddock. Substantial amounts of stubble sulfur (S), phosphorous (P) and potassium (K) are also lost.

The nutrients are lost via smoke, airborne ash, and later via losses of windblown and waterborne ash. How much nutrient is lost depends on the stubble load and extend of ash movement. The significance of the loss depends on the paddock’s nutrient status.

How much is lost? 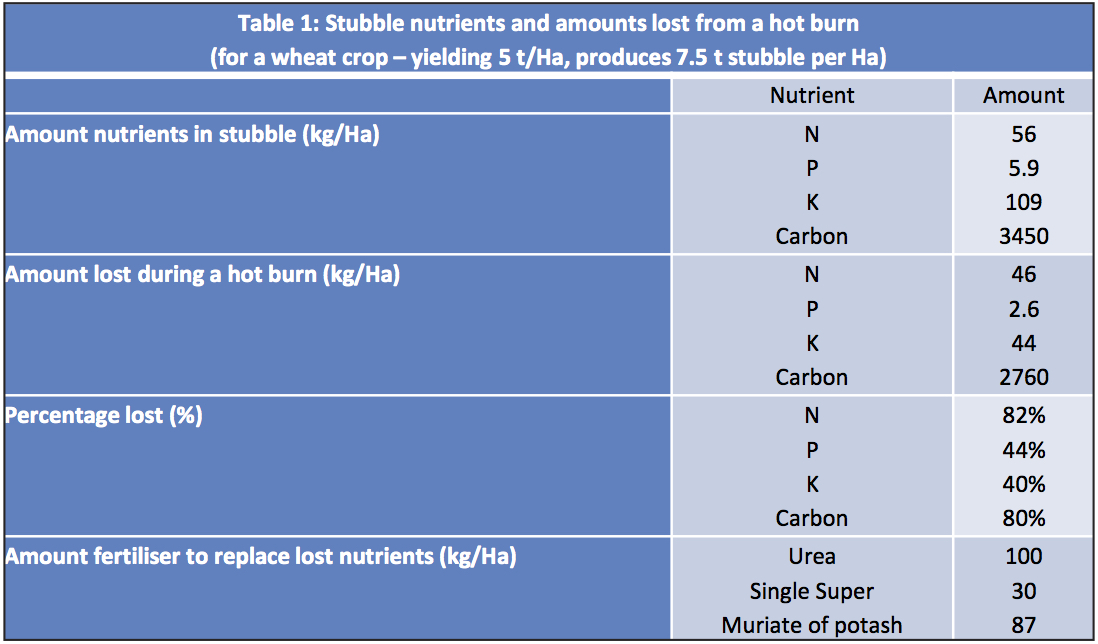 What happens to nutrient availability?

Burning converts most nutrients into more available forms. Nutrients remaining in ash are around 80% available to crops grown in the next season. Despite nutrient losses, burning stubble may lead to an increase in immediate nutrient availability to emerging crops. Burning prevents the tie-up of soil N in the decomposition of retained stubble.

Repeated stubble burning can run down soil fertility. Occasional burning can have management benefits, but the nutrient loss should be factored into nutrient budgets.